The area encompassed by the Southwest Gwinnett Chamber includes the cities of Berkeley Lake, Norcross and Peachtree Corners as well as a significant part of unincorporated Gwinnett County. It includes Gateway 85 CID which recognizes the fact that the interchange at Interstate 85/Jimmy Carter Boulevard has long been known as the Gateway to Gwinnett, one of the fastest growing counties in Georgia.  Gwinnett County is known for it's nationally recognized school systems, diverse population, and it's population and econmic growth.

The majority of lands in the city limits (the 700-acre Berkeley Lake Properties) was developed by Frank Coggins in the late 1940s. The dam, constructed in 1948, is one of the largest earthen dams in the state. The city's namesake, Lake Berkeley (88 acres), was named after Mr. Coggins' Berkeley Blue Granite Quarries in Elberton, Georgia. In 1950, the Berkeley Lake Estates "subdivision," which included five reserved Free Pass and Repass tracts (FPR) and the residential and fishing lots around the lake, was laid out. In 1952, Calvin and Kate Parsons, along with John and Dorothy Bagwell, purchased the Berkeley Realty and Investment Company and its 700-acre property.

For many years, Lake Berkeley was primarily a summer retreat, with an assortment of fishing cottages mingling with a slowly growing number of permanent homes. The health of the lake was guarded by a small, but tenacious, core of residents, each lending their expertise and time.

In 1953, some 25 property owners met and formed the Lake Berkeley Civic Association. Besides zoning and developmental control, there were important needs such as electricity, telephones, and "an all-year road" around the lake. This need for benefits that an incorporated city could help secure brought about the creation of our charter, which was approved by the General Assembly of Georgia on March 6, 1956. A new municipality to be known as the City of Berkeley Lake was created in Gwinnett County, Georgia.

A Place to Imagine

Incorporated in 1870, the City of Norcross has been very busy securing a solid standing as both an eco-conscious community and world-class art district in the nearly century and a half since. Voted Gwinnett County’s “Best Arts & Cultural Scene” by Gwinnett Magazine, Norcross has become well known for its unconventional public arts projects. Norcross was recognized by the Atlanta Regional Commission as one of only three Platinum-Certified Green Communities in the region and was named a “Best Green Government” by Gwinnett Clean & Beautiful and “Tree City USA” by The Arbor Day Foundation. The Sustainable Norcross Commission has earned regional applause for its efforts to spearhead the city’s local pro-environment practices. The city’s famed tree canopy, 13 parks and more than 31 acres of beautifully maintained public green space serve as popular gathering spaces for residents and visitors alike. A jam-packed calendar of events and eclectic collection of shops and restaurants serve to keep the historic downtown area bustling year-round. Creative souls from all walks of life are encouraged to “come unwind” and enjoy the positive energy that earns Norcross its reputation as “a place to imagine.” 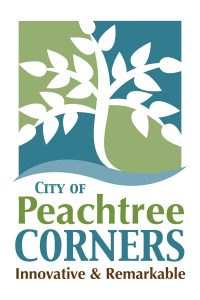 A City on the Move

Peachtree Corners is Gwinnett County’s newest city. The new city’s roots began in the late 1960s as a dream of businessman Paul Duke, who pitched the idea of creating Peachtree Corners, a planned community to be built in the area once known as Pinckneyville. Duke’s dream included Technology Park Atlanta, a campus of low-rise buildings for high technology industries.

Today Peachtree Corners is home to Fortune 500 businesses, national and international headquarters and continues to attract top-tiered talent from around the country. The city is also home to Curiosity Lab at Peachtree Corners, a 5G-enabled autonomous vehicle and smart city living laboratory. The centerpiece of the lab is a 3-mile test and demo track which provides a real-world environment to explore emerging technologies. Additional infrastructure includes a network operations center, smart poles, DSRC units, dedicated fiber and a 25,000 square foot tech incubator. Additional information can be found at www.curiositylabptc.com.